History Of The
AT Milestones Project

In 2016, Eric Sauers, PhD, ATC, FNATA (A. T. Sill University), was asked to speak about “Integrating the Institute of Medicine Core Competencies” at the Commission on Accreditation of Athletic Training Education (CAATE) Annual Accreditation Conference. In preparing for that talk, he took a broader look at the literature pertaining to competency-based medical education.

This led him to the extensive work being done by the Accreditation Council for Graduate Medical Education (ACGME) for their Next Accreditation System, using competencies, sub-competencies, and milestones, to articulate and measure student learning progression. Subsequently, his presentation heavily emphasized the potential value of the ACGME ‘milestones framework’ in athletic training education.

Forrest Pecha, MS, ATC (St. Luke’s Athletic Training Residency Program), attended the 2016 CAATE accreditation conference and heard this presentation with his colleague and former resident, JJ Wetherington, MS, ATC (then at the Spectrum Health Athletic Training Residency Program). They felt that the ACGME milestones framework for medical residents made perfect sense for how they would consider measuring growth, knowledge, and skills for their athletic training residents.

Forrest reached out to Eric to see if he would be willing to share his presentation and opened extensive discussions to identify and utilize milestones concepts within his athletic training residency specialized in orthopedics. They decided to meet face-to-face in the Spring of 2017 and start in the development of athletic training specific milestones. This work was initially planned to be a collaborative project where the St Luke’s and Spectrum Health Athletic Training Residency Program’s would bring on Dr. Sauers as a consultant to help them implement this model in their training environment.

Subsequently, Forrest served as an adjunct faculty at the 2017 A. T. Still University (ATSU), Doctor of Athletic Training Program Winter Institute. There, he presented on the model and value of residency training programs. Mark Laursen, MS, ATC (Boston University) was also serving as an adjunct faculty at this event, and having recently developed two residency training programs, there was a shared interest in the milestones framework. Subsequently, Mark discussed the potential for this model with his colleague Hollie Walusz, MA, ATC, Boston University (BU) Athletic Training Residency Program Director. Both Mark and Hollie were on board and wanted to participate in the development of athletic training specific milestones for orthopedic residency programs.

These communications led to what eventually became known as the ‘Athletic Training Milestones Project’.  The founding partners (Eric, Forrest, Mark, and Hollie) met for the first time in Boise, Idaho May 10-13, 2017.  The goal of the original meeting was to simply develop a set of athletic training milestones specific to orthopedic specialty practice.

In preparation for this meeting, the founding partners all reviewed the ACGME Milestones Guidebook and Clinical Competency Committee Guidebook and the specific milestones from Family Medicine, Internal Medicine, Physical Medicine and Rehabilitation, Orthopaedic Surgery, Emergency Medicine, and both Orthopedic and Family Medicine Sports Medicine. Prior to meeting face-to-face, the group worked via conference calls and decided to adopt the ACGME general competencies model.

There are six ACGME general competencies that apply to all medical specialties and the group felt strongly that these should be adopted for use by the athletic training profession:

In addition, we determined that instead of the more common five-levels of milestone competency identified in many specialty areas, that we would adopt the structure used by Internal Medicine, where an initial category of “Critical Deficiencies” was added

There are six ACGME general competencies that apply to all medical specialties and the group felt strongly that these should be adopted for use by the athletic training profession:

In addition, we determined that instead of the more common five-levels of milestone competency identified in many specialty areas, that we would adopt the structure used by Internal Medicine, where an initial category of “Critical Deficiencies” was added

As they began to work on the orthopedic milestones the team realized that we needed a broader framework. It was evident that in order for these to work well for the residency programs, the milestones needed to identify progressive learning across the continuum of athletic training education and practice. With this in mind, they re-examined the milestones within the six general competencies and began to re-order them across the six-level structure from ‘critical deficiency’ to ‘expert’. It was agreed that ‘Level 3’ milestones would indicate the individual is ready for unsupervised practice, whereas ‘Level 4’ milestones would denote someone is ready for advanced practice. Subsequently, Level 3 and 4 milestones would correspond to completion of a CAATE accredited professional program and residency program, respectively.

As this work progressed, it became apparent that the work the team was engaged in was much larger and potentially more impactful than the original focus of orthopedics. To fill out the process, the group turned to the eight ‘areas of focus’ for residency programs that had been recently approved by the CAATE.

The team felt that these 8 specialty areas could serve as competencies and when combined with the 6 general competencies provided a comprehensive framework for defining and measuring athletic training competence. Thus, the task of the ‘Athletic Training Milestones Project’ took on a much broader scope by seeking to develop milestones that could measure novice to expert behaviors across the entire spectrum of athletic training practice. 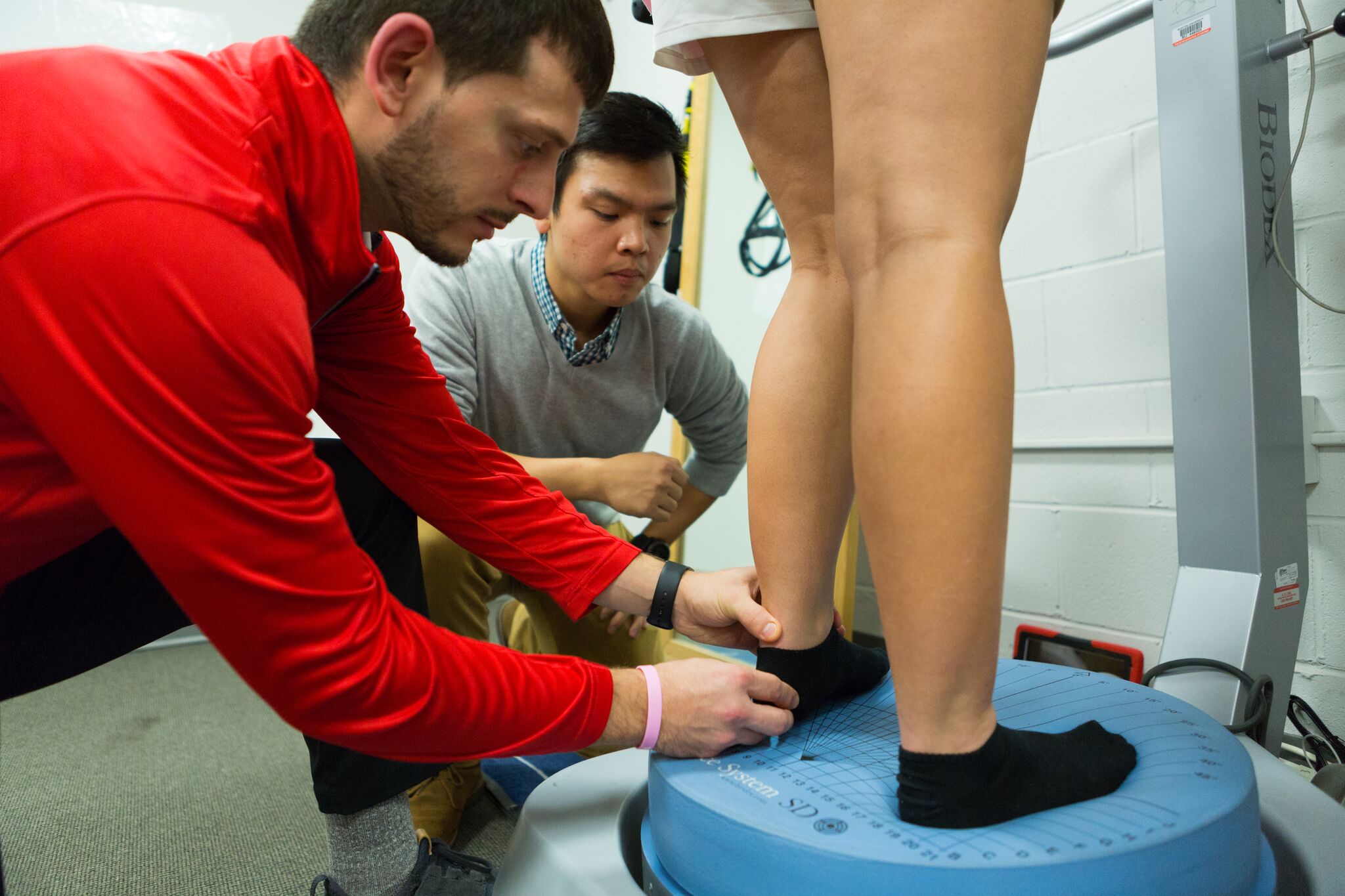 Energized with their new goal, the group concluded a productive two-day meeting by assigning specific tasks for developing the sub-competencies to all members via various workgroups. These workgroups included the St Luke’s project team of JJ Wetherington, and Tim Nicolello, and the BU project team of Emily Ford, Nick Pfeifer, Stephanie Naylor, and Josh Beard. Each group worked on this project through the summer with the primary working group having several conference calls.

In August of 2017 it was decided that another face-to-face meeting was needed and the primary working group met again in Boise, September 16-17, 2017. At this meeting, the work was completed for the 6 general competencies and the specialty competency of Orthopedics. In addition, significant work was done on the Behavioral Health specialty competency, sub-competencies, and milestones. 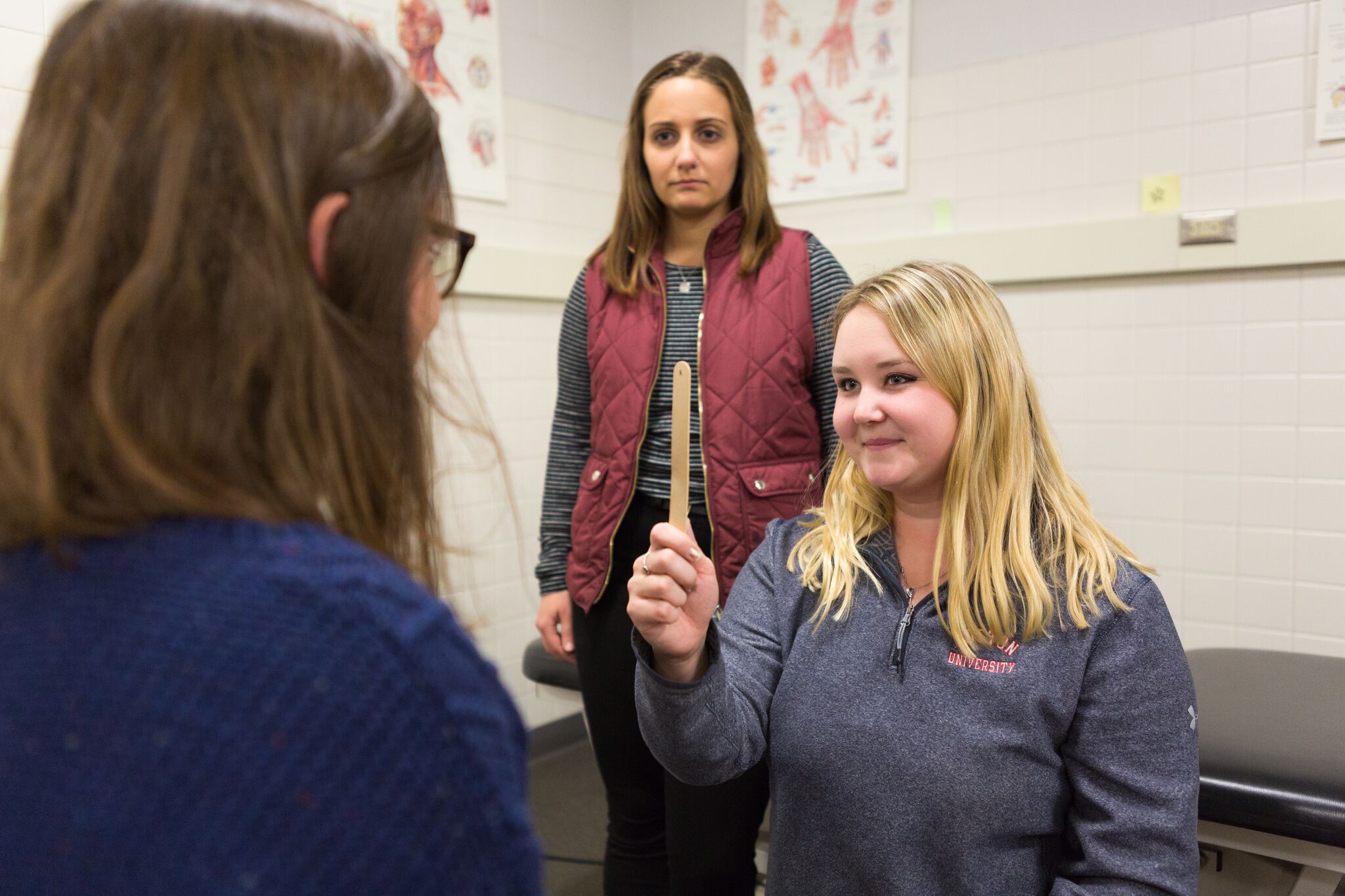 Read More About The Initial Implementations

The milestones for the 6 general competencies and the orthopedic specialty were formally introduced to the public at the inaugural meeting of Athletic Trainers in the Physician Practice Society (ATPPS) in Boise Idaho in February of 2018.

The project team of Eric, Forrest, Mark, and Hollie, would like to thank everyone who has contributed to this work through their participation at working meetings, as a residency faculty member, or as a resident, or by simply expressing their enthusiasm and support for the work.  They look forward to feedback and improving the milestones to help guide the progressive education and development of athletic trainers.

© 2019 AT Milestones Project
All rights Reserved